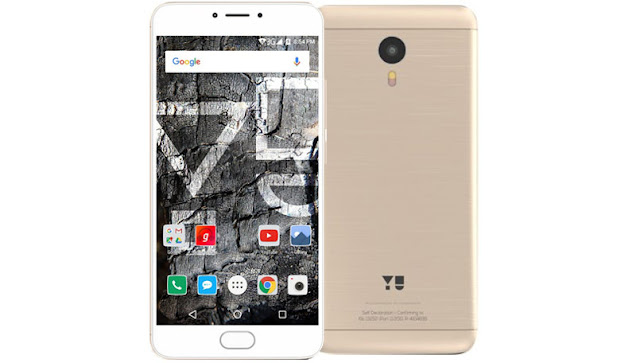 The phone has some very nice specs, including a 5.5-inch Full HD (1920 X 1080) display with Gorilla Glass 3, a MediaTek Helio P10 Octa-core SoC (4 cores running at 1.8GHz, 4 cores running at 1.4GHz), 4GB of RAM, 32GB of on-board storage, a 13-megapixel rear camera with dual-LED flash and a front facing 5-megapixel camera. Also included is a 4000mAh battery, 4G LTE, a home button-mounted fingerprint sensor, a metal frame, and a hybrid microSD/dual SIM slot.
The phone is only 8.5mm thick and features a metal frame and back panel. Three colors will be available: Rush Silver, Graphite, and Rush Gold, with the last having initially limited availability.

It will run Android 5.1 Lollipop out of the box and features essentially stock OS but with minor changes as a vertical app drawer and a black and white color mode to prolong battery life. Yu has stated Android 6.0.1 Marshmallow will hit the smartphone within a month from its launch.
Said release is going to be June 7th, however pre-orders opened at 2PM (Indian time) today, Tuesday May 31st. The phone retails for an impressive Rs. 14,999. For the first month of release however, the device will be exclusive to Flipkart and sold for just Rs. 12,999.