WhatsApp is finally ready to take on the likes of Skype, FaceTime and even Facebook Messenger with their very own video calling feature.
The App has included a Video call button on the latest android beta app in attempts to test the features. out. However, the button is not working at the moment. German website Macerkopf was able to initiate the video call and has shown off the screenshots. 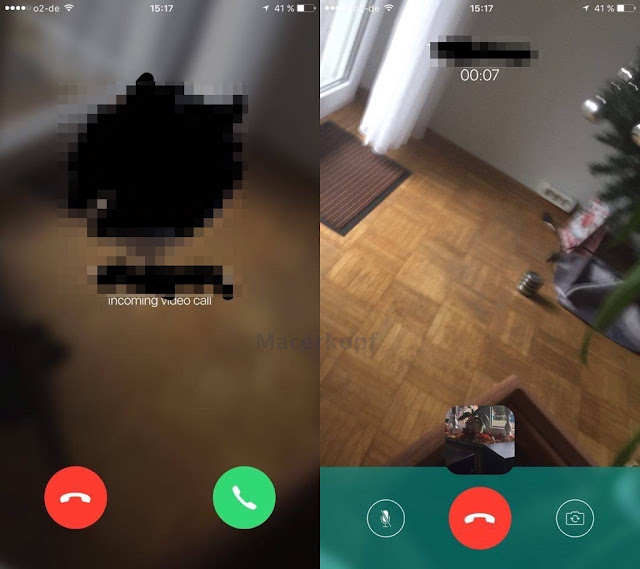 Macerkopf says that the feature is currently being tested internally for WhatsApp version 2.12.16.2 for iOS and the build is for developers and beta testers.
If WhatsApp does include this feature, it will take a huge blow at rivals which already train in the number of active users.
Facebook
Twitter
Google+
Pinterest
WhatsApp