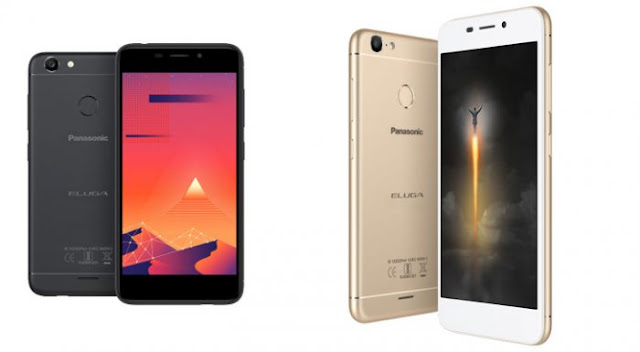 Panasonic has added another handset to its Eluga Lineup, the Eluga I5. Panasonic Eluga I5 is using MediaTek MT6737 64 bit quad core processor clocked at 1.2GHz with Mali T720 GPU. Android Nougat 7.0 runs out of the box over a 5 inch 2.5D curved screen with 1280 x 720 pixels resolution. There is 2GB RAM, 16GB ROM and 128GB micro SD card support.

The primary camera on the Eluga I5 can shoot in 13MP resolution and comes with LED flash support. Front facing cameras can shoot in 5MP resolution. Other features are finger print sensor, 4G with VoLTE, Bluetooth 4.0, GPS and Wi-Fi.

Panasonic Eluga I5 houses a 2500 mAh battery and is available in Gold and Black color options, it is listed on Flipkart for Rs 6,499.