Moto G5 Plus launching in India on 15th March 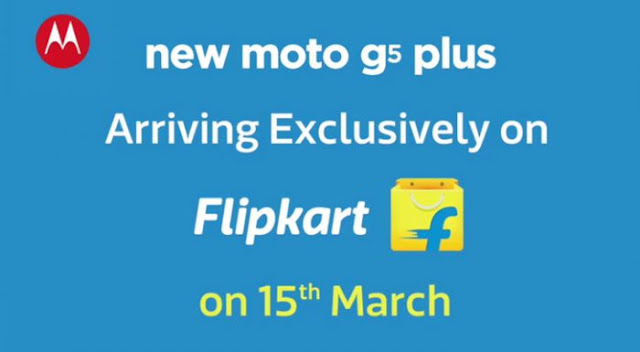 Motorola is all set to launch their next product in India. This time around it’s the newest member of the G series that was unveiled at MWC 2017.

Moto G5 Plus is Snapdragon 625 octa core powered @ 2GHz and packed with 2GB / 4GB RAM, 32GB / 64GB ROM and 128GB  micro SD support. This handset will be running Android Nougat out of the box.
Screen is 5.2 inches supporting 1920 x 1080 pixels resolution. Primary camera is 12MP AF with a f/1.7 aperture and front secondary camera can shoot in 5MP resolution. This handset can record and play 4K videos. Other features are 4G LTE, 3G, 2G, Finger Print sensor, Bluetooth 4.2, GPS and WiFi. Moto G5 Plus houses a 3000 mAh battery with turbo power support. A 15 minutes turbo charge will give up to 6 hours of usage time.
Moto G5 plus is rumoured  to be priced under Rs. 17,000.
Facebook
Twitter
Google+
Pinterest
WhatsApp