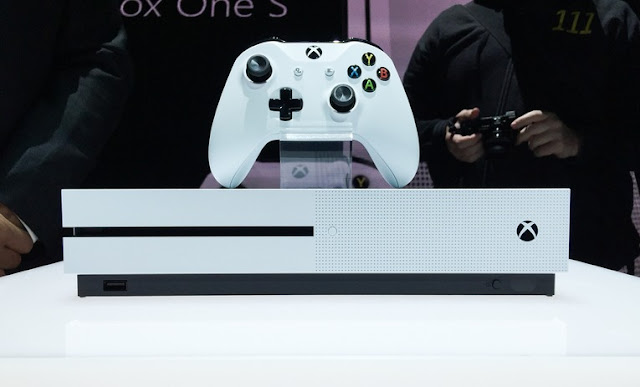 At the E3 Conference, Microsoft has launched  new console dubbed the Xbox One S. Available in a new “robot white” color, the Xbox One S is 40 percent smaller than the original Xbox One.
The new console will have one of the three USB ports and the pairing button to the front of the Xbox One S alongside the newly added IR blaster. There is no more a Kinect port, however, Kinect for Xbox One will still be compatible with Xbox One S via the Xbox Kinect Adapter for USB connection.