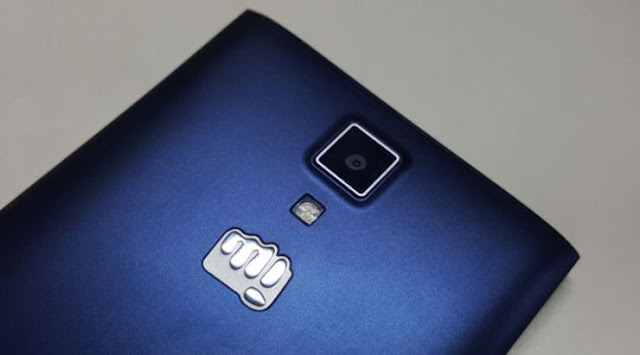 Micromax officially launched the Canvas Xpress 4G budget smartphone today in India. The event took place in New Delhi with Vineet Taneja, CEO of Micromax Informatics. Priced at Rs. 6,599, the device goes on sale starting today on Flipkart. Micromax has also collaborated with Airtel to offer bundled ‘Double Data’ offer to its 3G and 4G consumers.
The new Canvas device comes just a few weeks after the launch of the Canvas 5. The main highlight about the Canvas Xpress 4G is the 4G connectivity feature. Micromax is planning to launch more 4G-enabled smartphones under Rs 10,000 seeing that 4G services will expand with Reliance Jio and Vodafone entering the game.
The Micromax Canvas Xpress 4G sports a 5-inch touchscreen display (720x1280p resolution). It is powered by 1GHz quad-core MediaTek MT6735P processor with 2GB of RAM and 16GB of internal storage that can be expanded up to 32GB via a microSD card. On the camera front, the Micromax Canvas Xpress 4G features a 8-megapixel primary camera and a 2-megapixel front shooter for selfies.
We’ll have a detailed hand-on with the device shortly. Until then, here’s the spec table of the Canvas Xpress 4G:
Facebook
Twitter
Google+
Pinterest
WhatsApp