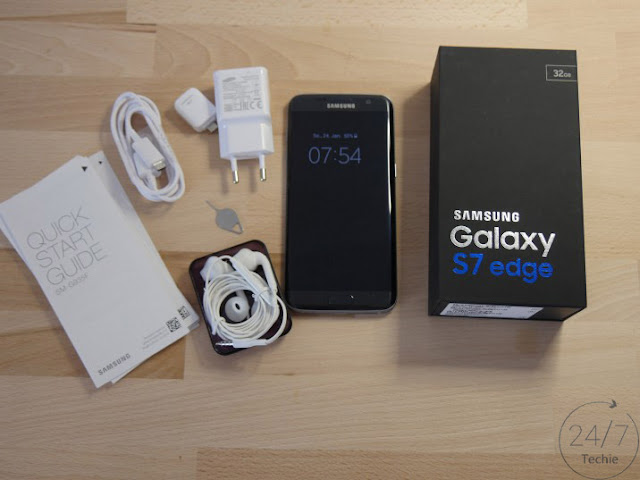 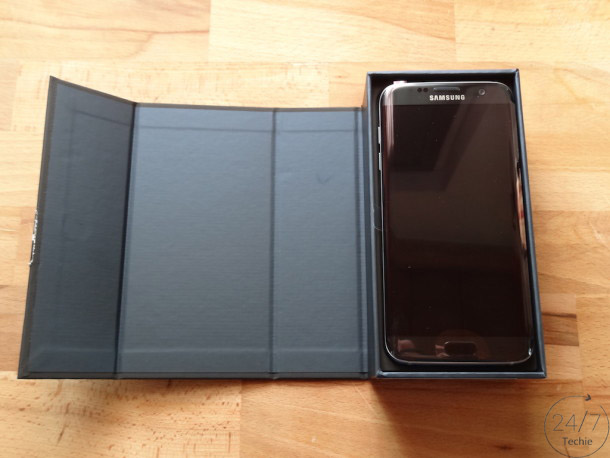 The boxes slide out and flip open to reveal first the phones themselves, and then the included accessories: a fast USB charger, a standard USB 3.0 cable, a USB-A to MicroUSB adapter, and a pair of headphones. 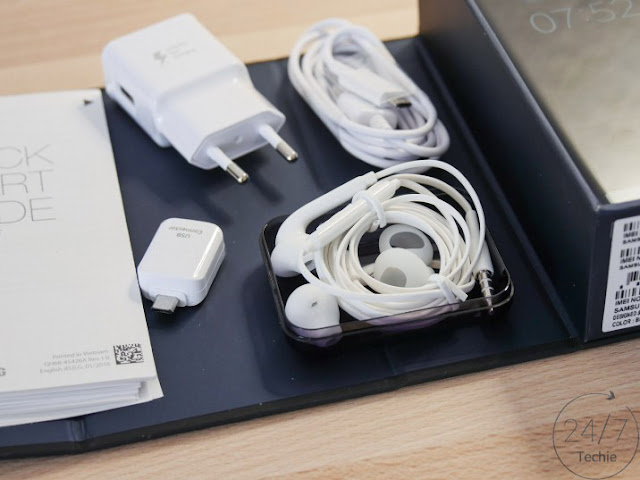 Samsung has worked on the last years design and has made this year’s phones more palm friendly. This time the Edge has a subtle curve on its back too. 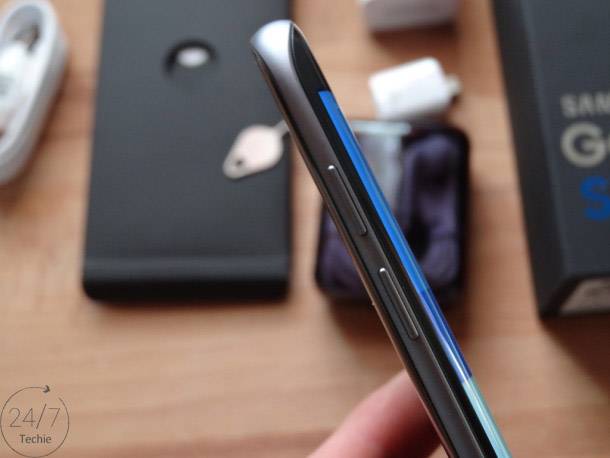 Button placement is same as last years, but there’s an addition of a memory card slot on the top. 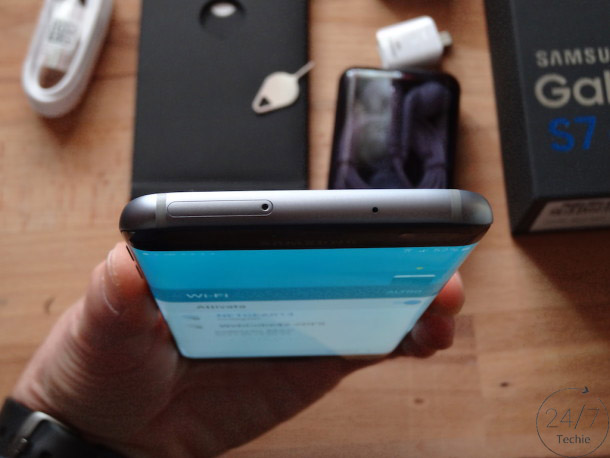 This time around Samsung has done a tremendous job of tucking that camera in, though the Camera bump is still present but it has a good amount of reduction compared to last years Galaxy S6. 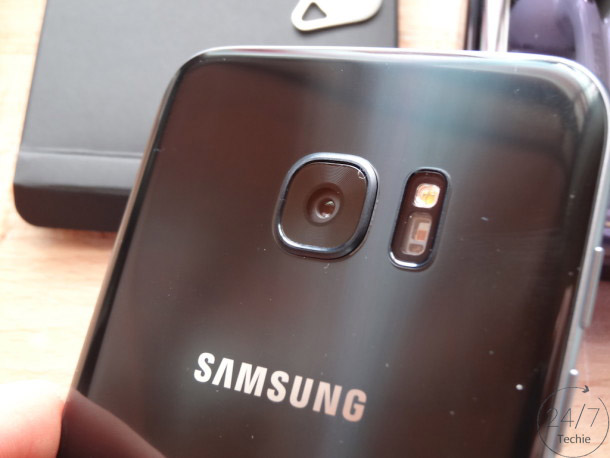 Do visit again as Galaxy S7 unboxing and S7 Egde Review will be released shortly.