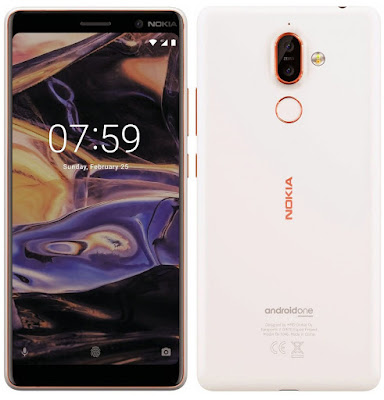 Nokia’s 2018 smartphone lineup has been leaked quite a few times now. We know from the leaks that there are 2 devices planned to be launched at the MWC 2018. Now first press shots of the Nokia 7+ have surfaced, thanks to @evleaks. This shows that the Nokia 7+ will be Android One edition and also coincides with earlier leaks that revealed most of the specifications of the phone. It also shows the phone in both White and Grey colors with Orange accents.

Nokia 7+ rumored specifications
February 25th and February 26th are mentioned on the lockscreens of the phones, so we can expect the phones to go official at the MWC 2018 this month.
Facebook
Twitter
Google+
Pinterest
WhatsApp