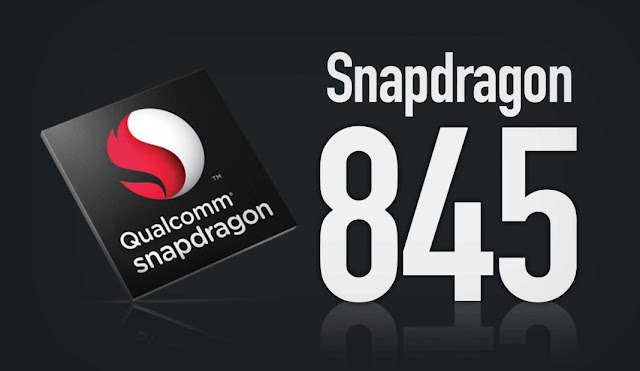 Qualcomm announced its latest Snapdragon 845 mobile platform in November last year, which will be utilized this year by OEM’s for their Flagship smartphones. Now a list has surfaced on Weibo containing the models that will come with Snapdragon 845 along with the month they will be announced.
Topping the list is the Samsung Galaxy S9 and S9+ which would launch next week at the Mobile World Congress, Barcelona. The list also contains LG’s 2018 flagships, the G7 and G7+. Now LG has pushed back the launch dates and its not clear which model would see the light first. Next on the list is Xiaomi Mi 7, which would launch in April. 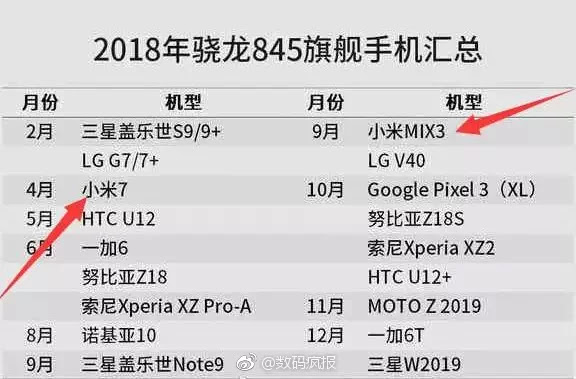 The month of May will see the HTC U12 joining the league of SD 845-powered models. While three models are listed as dropping in June this year and they include, OnePlus 6, Sony Xperia XZ Pro and ZTE Nubia Z18.
The leak also confirms the existence of Nokia 10 and is slated for August release. Galaxy Note 9 would be launched in September packing a Snapdragon 845 chip on one of its models. The Xiaomi Mi Mix 3 and LG V40 are also expected to launch in September.

The only model missing from Xiaomi’s 2018 lineup is Mix 2S, which has been leaked extensively in the past few weeks.
October will include the Google Pixel 3 and Pixel 3 XL, Nubia Z18s, Xperia XZ 2 and HTC U12+. In November, Motorola will join the train with the Moto Z 2019. Finally, in December we’ll see the OnePlus 6T and Samsung W2019. Now this Samsung W2019 could be Samsung’s flagship fold-able smartphone which has been in the works for quite a while now.