Exclusive : This is the upcoming InFocus Vision 3

By YOGESH BRAR
December 15, 2017
0
4
Facebook
Twitter
Google+
Pinterest
WhatsApp
InFocus is about to announce company’s new budget device the Vision 3 at an event in New Delhi on the 19th. InFocus has been very active in the last quarters and has released 3 devices alone in the last 6 months including the Turbo 5 and Snap 4.
We were just sent hands on images of the upcoming InFocus Vision 3 by an anonymous source.
From the images it is clear that InFocus is going with the market trend of shifting to the new 18:9 aspect ratio. 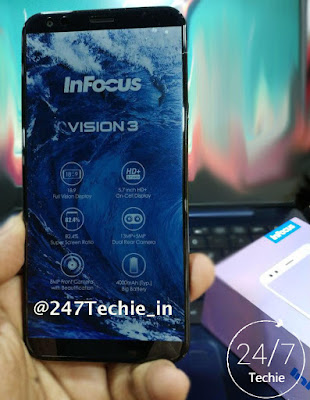 Vision 3 features a 5.7 inch HD+ 18:9 on-cell display, with a Screen to Body ratio of 82.4%. The device features a dual camera setup on the back, a 13MP and a 5MP set for those depth shots. There’s a 8MP front camera with Beautification mode for better selfies. From the leaks we could make out the processor variant that is under the hood, but seeing the track record of InFocus it is safe to say that they are using a MediaTek one. Powering the Vision 3 is a massive 4000mAh battery which will easily give a day worth of usage. 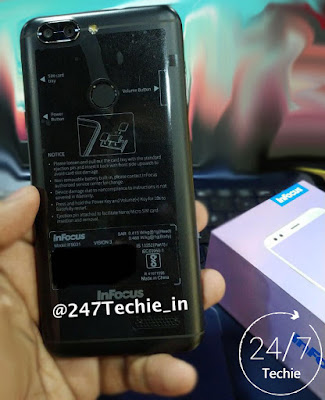 Vision 3 will be priced under 13,000 and will go head to head with the recently launched Honor 7X and Micromax’s Canvas Infinity.