The one trend that hasn’t gone down in popularity in the mobile market space is ” the Selfies ”. This trend was more fueled by Oppo and Vivo whose entire device portfolios are now based on Selfie Smartphones. Smartphone makers earlier concentrated on increasing the pixel count on the cameras but this approach seems to have gone. Smartphone makers are now finding ways to capture this growing segment by adding Software enhancement, adding a front LED and Dual Front cameras.
Asus has come up with an entire lineup based on Selfies. The new Zenfone 4 selfie series now has better camera optics, refreshed design and Software enhancements. One such device in the lineup is the Asus Zenfone 4 Selfie Pro. As you are probably guessing by the name, it’s a phone that is aimed at the social networking, vlogging and the selfie loving crowd.

The Zenfone 4 Selfie Pro has a neat and pleasant design. The device is wrapped in matte-finished metal and has a sleek overall profile. There’s a home button on the bottom which isn’t a clickable one but is rather a capacitive slab which doubles as a Fingerprint sensor. There are backlit “Back” and “Recent Apps” buttons surrounding it. 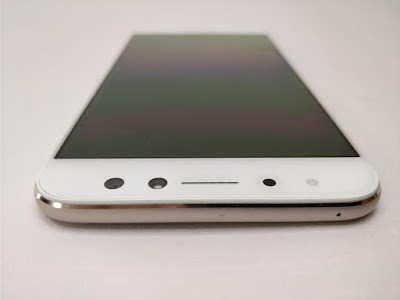 The power button and the volume rockers are placed on the right side, with the power button having a texture to differentiate it. The physical buttons have a very reassuring click to them. The front of the device is dominated by the 5.5 inch display and dual front cameras with an LED flash. The bottom of the smartphones houses the USB 2.0 port. 3.5mm audio jack and a speaker grill. 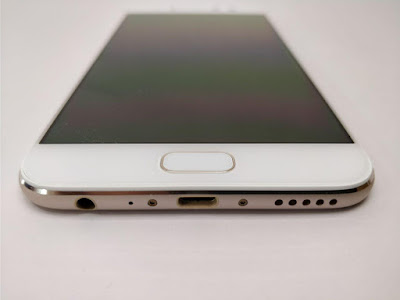 The Zenfone 4 Selfie Pro features a 5.5-inch AMOLED display with a resolution of 1080×1920. The display is sharp and the colours can be tuned as per the user preference using the ”Screen colour mode”. Overall the display is Punchy with deep blacks and rich colour reproduction. The display gets quite bright and sunlight visibility is up the mark. 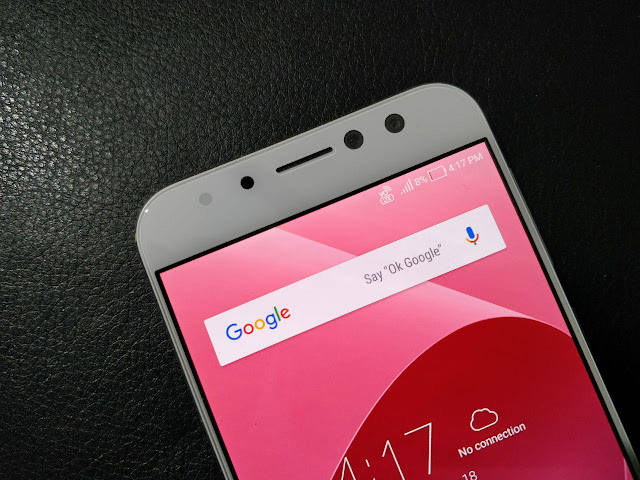 Asus’s Zenfone 4 series runs the latest ZenUI 4.0 on top of Android 7.1.1 Nougat. Asus has really worked on the ZenUI which used to bulky, laggy and annoying most of the time. But things have changed with the 4.0 version. This iteration is light, precise and there’s almost no bloatware. ZenUI 4.0 brings a ton features to the table. 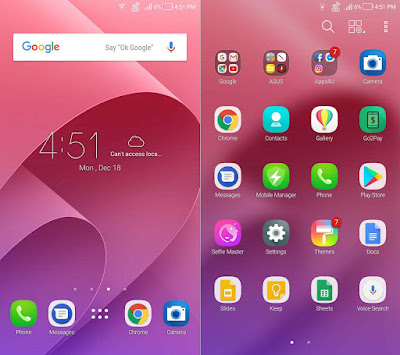 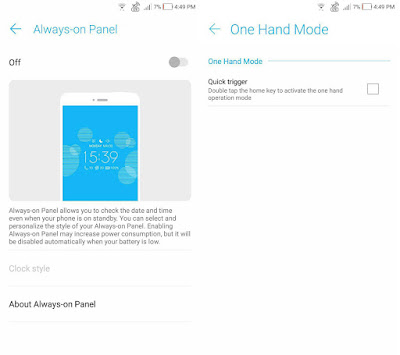 The gallery app has auto face detection and tries to recognise people in order to make their own albums. In addition to this the gallery app also has a photo editor built in, which has a few features like wide eyes, glamour effects and many more.
ZenUI 4.0 supports Twin Apps which lets you run two instances of an app. 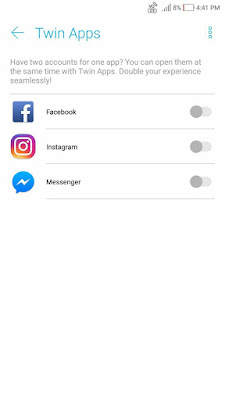 Zenfone 4 Selfie Pro features an app called the Selfie Master, which lets you apply filter to the front camera footage in real time. 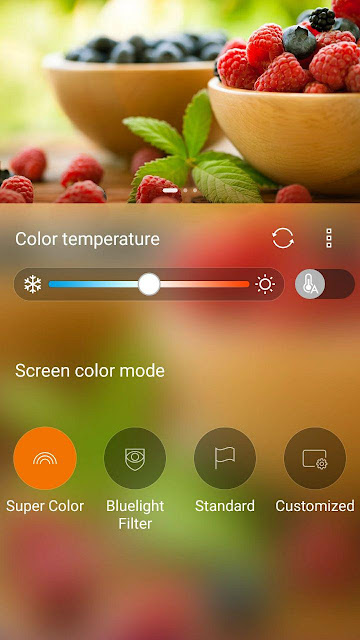 The Zenfone 4 Selfie Pro is powered by the Qualcomm Snapdragon 625 processor which is clocked at 2Ghz and is coupled with 4GB RAM. The phone has 64GB of storage out of which 50GB is available to the user. For power users Asus has added in a microsd slot which can take cards up to 2TB. 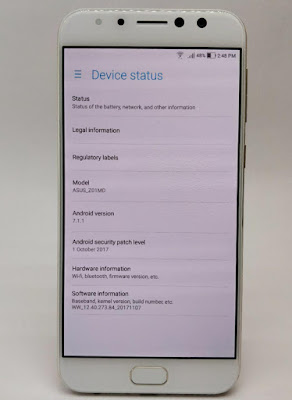 It’s not the best of the hardware considering the price but Zenfone 4 Selfie Pro performs well in everyday use. Most games run well without any lag or dropped frames. Website loading and scroll is on point. 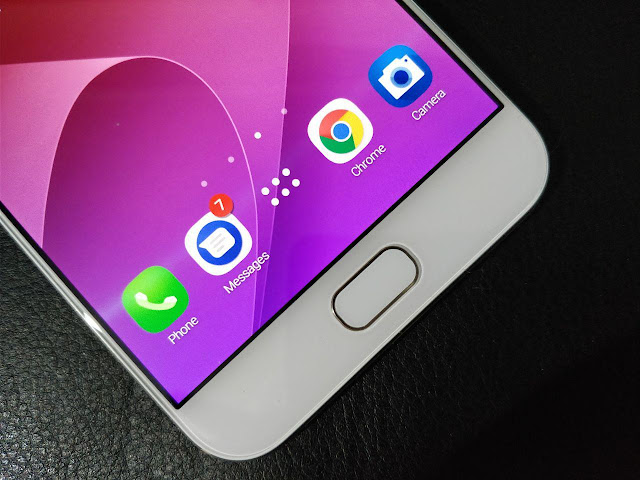 Talking about the benchmarks, the Zenfone 4 Selfie Pro score around 65K on Antutu and 870 (Single Core) 4350(Multi Core) on the Geekbench app.
The phone is backed by a 3000mAh battery with support for fast charging. On paper the battery might seem small but it will last you a full day with light to medium usage with an average screen on time of about 4 to 5hrs. The audio quality of the smartphone is pretty good and Asus has added support for DTS X, which is cherry on top.

The camera is the USP of this device, with the inclusion of the word Pro in its naming you’d expect something special. So the Zenfone 4 Selfie Pro has a 16MP main camera, 12MP front camera, which can take pictures of 24MP using a technology called DuoPixel. There’s a 120 degree wide angle 5MP secondary camera on the front as well. The dual camera setup allows to take 4K videos which is a first at this price point. The selfies are impressive and the app lets you tinker with the settings so you get that perfect selfie. The inclusion of 2 cameras allows to take selfies with Bokeh effect, which pops the subject and blurs the background. 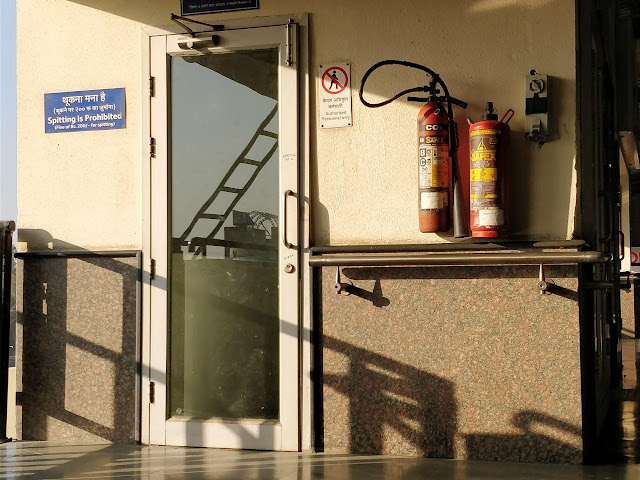 Coming to the back, the Zenfone 4 Selfie Pro comes with a 16MP sony sensor. The sensor is quite capable and takes some decent shots. video capture can be done at 1080p 60fps. The lack of any stabilization is noticeable at times. The shots taken in good lighting conditions or daylight are decent but the low light photos contain noise and are very grainy.
Both the front and the rear cameras suffer from the problem of over exposure, which can be fixed via a software update.

The Zenfone 4 Selfie Pro comes at a price tag of Rs 23,999. Considering the USP of this smartphone, i.e the dual cameras other specifications are similar to any other budget phone available in the market. If selfies are your thing, then we’d recommend you to buy this product, but there are still a lot improvements that need to be done to enhance the camera experience. The nearest competitor to the Zenfone 4 Selfie Pro would be the Vivo V7+ that was recently launched. Pulling the price a little down might bump the sales of this device, as we feel it is slightly over priced.

YOGESH BRARhttp://www.247techie.in
The guy recommending you Tech products, living on the Internet. Tips : Yogesh@247Techie.in
Previous articleExclusive : This is the upcoming InFocus Vision 3
Next articleOnePlus 5T review : Sticking up to the flagships [Part 2]

0
Given the times we live in, wishing for smarter everything is something most of us think. Right from Smart speakers, to smart bulbs, smart...
Read more
REVIEWS

0
Huawei has been slowly and steadily building a wearable ecosystem and India is one of their key markets. We have seen Huawei launch a...
Read more
REVIEWS

0
In this day and age when we’re surrounding with a ton of data, there is a slim chance that you might run out of...
Read more
REVIEWS

0
Xiaomi has been busy updating its smartphone lineup for this year and with that, they have showered some love over to their audio products...
Read more